Skip to content
This site uses cookies to store information on your computer. By using this site, you consent to the placement and use of these cookies. Read our Privacy Policy to learn more. ACCEPT
Home › News › 2017 Annual Scholarship Dinner, A Win for Catholic Education 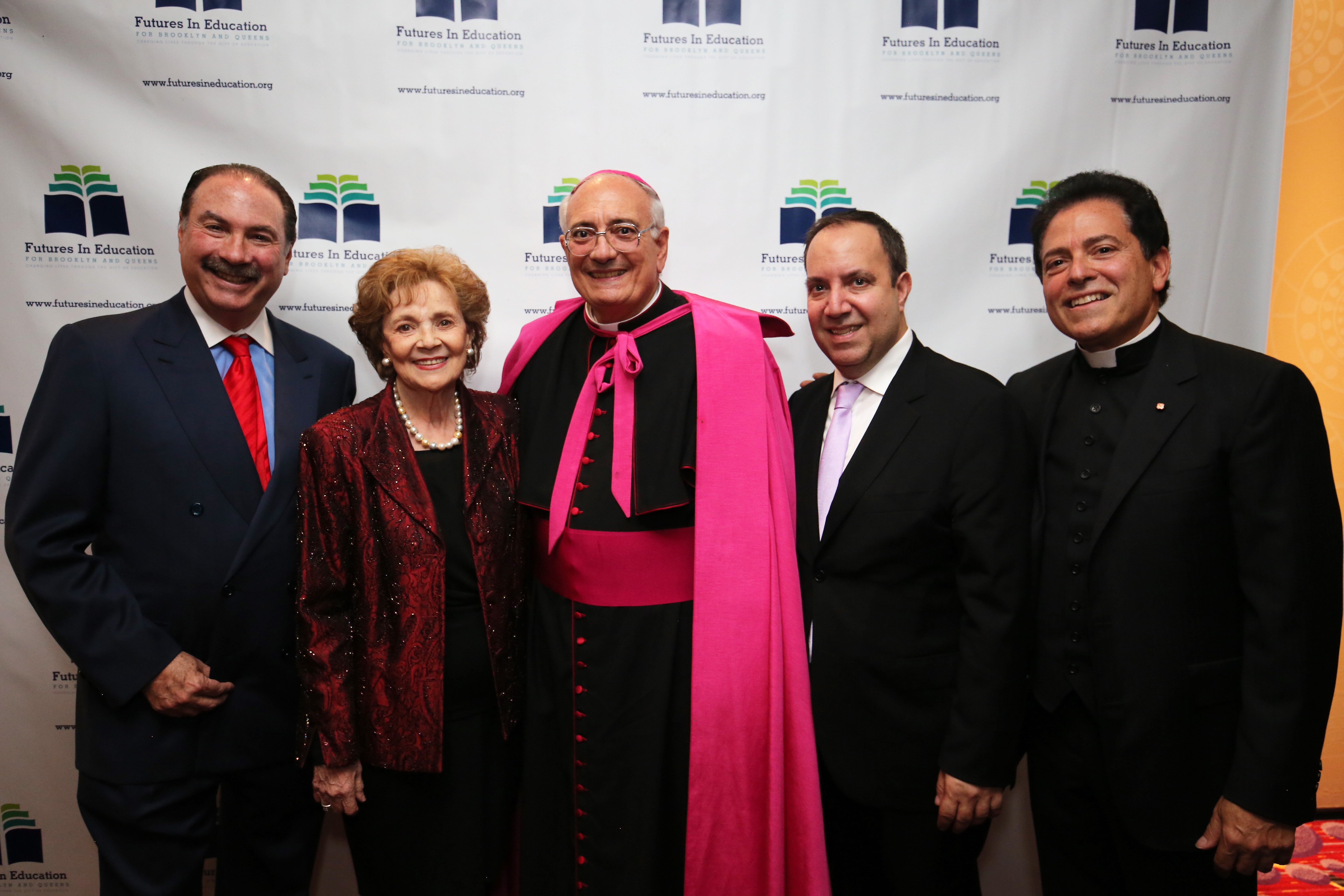 Raising more than 2 million dollars in scholarship funds, the Futures in Education 2017 Annual Scholarship Dinner was a great success! Each of the honorees, Howard Fensterman, Matilda Raffa Cuomo and Carlo Scissura, were introduced and lauded by friends and family, including a surprise visit from Governor Anthony Cuomo who spoke touchingly about his mother and the wonderful family oriented childhood he had because of her. While Mrs. Cuomo spoke about her experience with starting and running the New York State Mentoring Program and how she has seen that helping just one child can help and entire community.

The testimony of Stanley Karniewicz, a single father of two Angel students was a wonderful and touching moment in the evening, demonstrating the need in our Diocese of Brooklyn.

The attendees were entertained by the student choir from Our Lady of Fatima. Danny Rodriguez gave his spectacular rendition of the National Anthem, while later in the evening Alfio Bonomo the Australian-Italian tenor graced the crowd with a song that he himself composed. A surprise performer was the famed Sister Christina, winner of Italy’s The Voice, who brought the crowd to their feet with her inspired renditions of beloved pop songs.

Not only was the evening a triumph for the students in need in across Brooklyn and Queens but a fun night for all those who attended!

Please see below for some of the media coverage the event received!